Popular Nigerian music executive and singer, Davido born David Adeleke has clapped back at trolls who dismissed his talent.

Yesterday was in deed a no chill day for the singer who took his time to reply every single troll on his Twitter timeline.

The singer has never shied away from saying his mind the way it is, and he had a lot to say to trolls who took to Twitter to mock his voice and talent.

Recall that the singer has been off social media for months, but yesterday he showed up on the app to gist with fans, and as expected, trolls decided to use that opportunity to mock him. While some said he has no talent, others mocked his voice.

Having no chill at the moment, Davido quickly clapped back.

See the exchange below:- 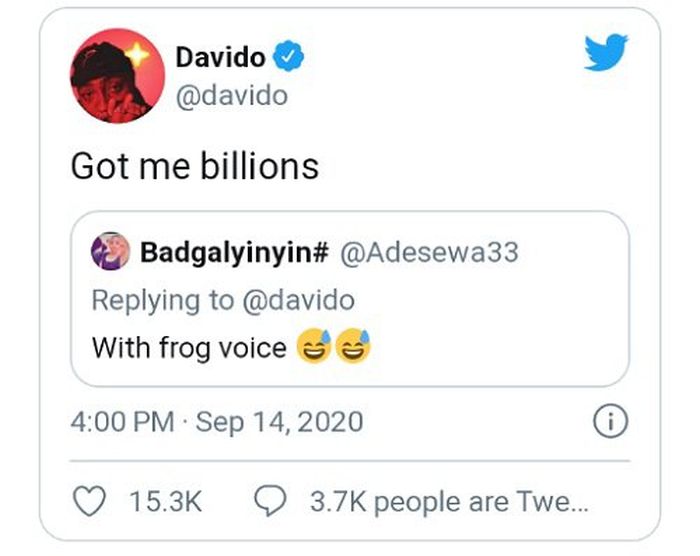 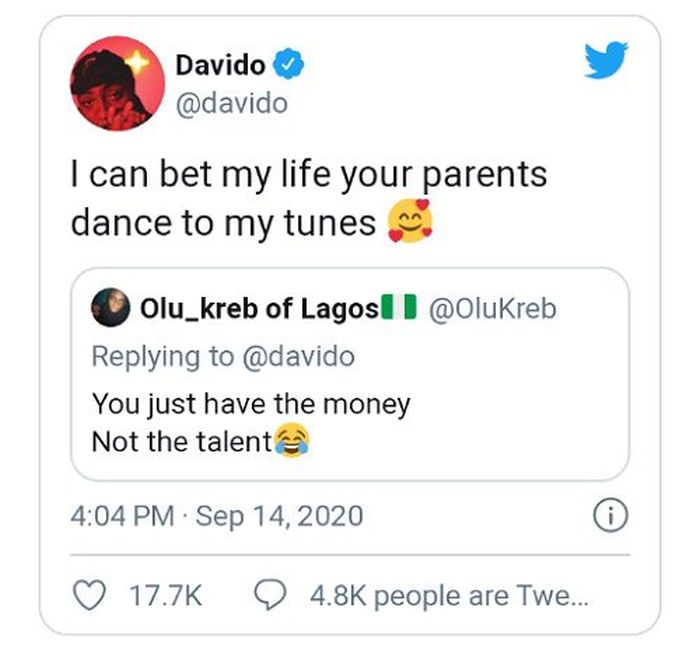 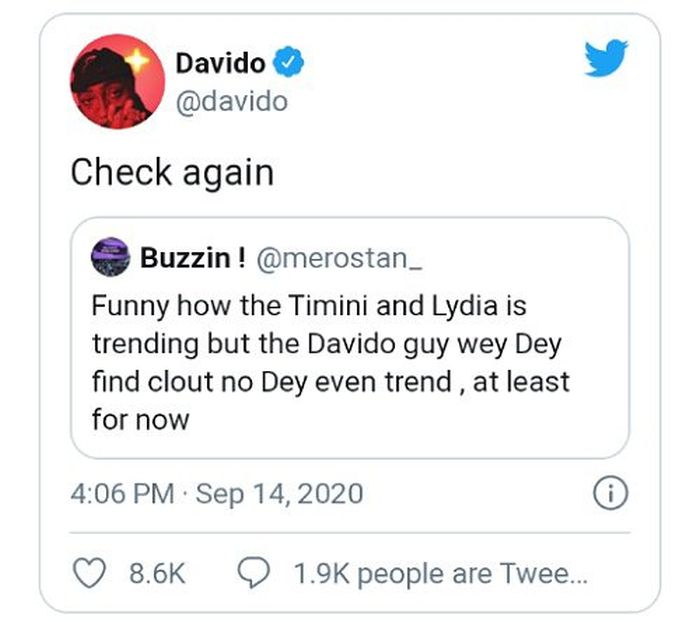 Rihanna becomes the richest female musician in the UK